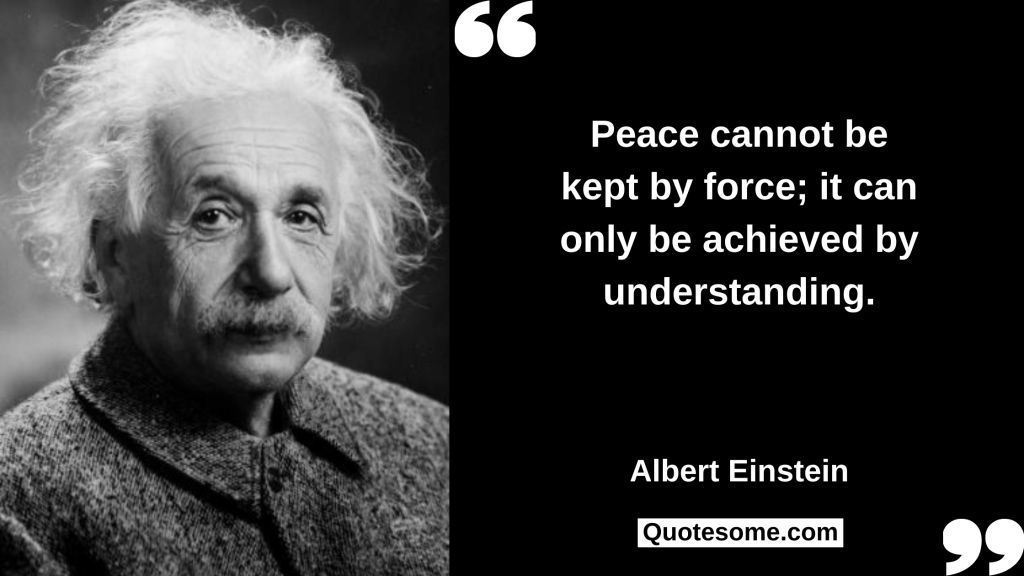 Albert Einstein was a German-born theoretical physicist who lived from March 14, 1879, to March 14, 1955. He is famous for developing the theory of relativity, which alongside quantum physics, is one of the two pillars of modern physics.

His work is also known for influencing the philosophy of science. He is best known to the public for his mass-energy equivalence formula E=mc2. It is dubbed as the most famous equation in the world. Even a novice must have heard about it. He won the Nobel Prize in Physics in 1921 to discover the photoelectric effect and his services to theoretical physics.

He was initially treated with skepticism from most of the scientific community but gradually became recognized for his significant advancements. He became an American citizen in 1940 as for his Jewish background; he couldn’t return to Germany when Hitler rose to power.

He published more than 150 non- scientific works and 300 scientific papers. His intellectual achievements and originality made the name “Einstein” synonymous with genius.

“Pure Mathematics is, in its way, the poetry of logical ideas.”-Albert Einstein

“Intellectual growth should commence at birth and cease only at death.” -Albert Einstein

Learning is a never-ending process.
It ceases only when you exhale your last breath. From the commencement of your birth until your last day, you learn many things.
There is no teacher as good as your own life. Life teaches you to be strong, to be independent, to love, to care, and many more little things that no school teachings can provide you with.
Therefore, in every situation you face in life, you learn a new thing that you should cherish for.

“Common sense is the collection of prejudices acquired by age eighteen.” -Albert Einstein

The most uncommon form of intelligence is called common sense. Common sense is the collection of preconceived opinion that is not based on any actual experiences that we have acquired by the age of eighteen.
Age eighteen allows us to enter the adult phase of our life. Till then whatever situations we have been through and how many lessons we have learned from it, we make a collection of it and call them common sense.

“Do not worry about your difficulties in mathematics. I can assure you mine are still greater.” -Albert Einstein

The most incomprehensible fact about the world is that it is at all comprehensible.
When we don’t understand mathematics, we find it difficult and we find ways to escape.
Similarly, in life when we don’t understand some issues we find ways to stay out of it.
But some infinities are greater than some infinities. The thing which you have maybe merely according to you but if you see through someone’s else eyes then you have more things to be grateful for.
So don’t worry the problems you are dealing with are harder, but there may be someone who is dealing harder than you.

“The only reason for time is so that everything doesn’t happen at once.” -Albert Einstein

Don’t watch the clock. Do what it does. Keep going.
In the time of crisis, we generally become impatient and curse the time for running slow. But at the extreme opposite of crisis, when we keep on enjoying the moments we still curse time for running too fast.
But in reality, the clock doesn’t run fast or slow. It’s just a myth according to us.
Time runs at its own pace and it does make everything happen in a progressive manner and not at once.

Values are like fingerprints.
Nobody is the same. But you leave them all over everything you do.
Your values don’t decrease based on someone’s inability to see your worth. Your values depict your humbleness. You cant share your success.
But a man of values finds his way to contribute more than he receives to mankind.

“Peace cannot be kept by force, it can only be achieved by understanding.”- Albert Einstein

You cant keep anyone by force.
The one who is meant to be by your side will always be no matter how difficult are the days.
But the one who doesn’t want to be will find many reasons to leave. To maintain a relationship, it requires a little of trust and understanding. To have someone understand your mind is a different kind of intimacy.

“It is the supreme art of the teacher to awaken joy in creative expression and knowledge.” -Albert Einstein

The teacher plants the seed that is going to last a lifetime.
The knowledge provided by the teacher should help the students beyond the classroom. Instead of teaching what to count, they should teach what to count on. Despite spoon-feeding the children to only run after academic excellence.
It is the basic need of the hour to teach the student how to face challenges in reality without losing faith.

“The true sign of intelligence is not knowledge but imagination.” -Albert Einstein

“learn from yesterday, live for today, hope for tomorrow. The important thing is not to stop questioning.” -Albert Einstein

There is a saying “Don’t let the past blackmail your present and ruin your beautiful future.” The hangover of the past never let us live the present.
We should always learn from our past mistakes and utilize them in the present and keep aspiring for the future. Past is already a history which you can’t change but your present actions can gift you with a healthy future.
Keep questioning yourself what can you go further? Instead of why it happened to me? The latter will drag you to your past while the former will lead you to a bright future.