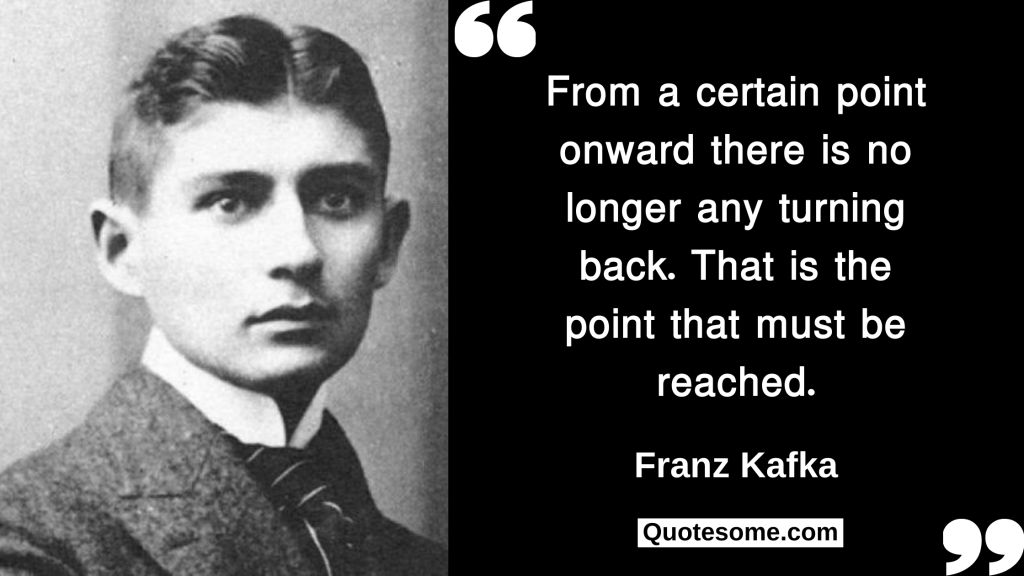 Franz Kafkalived from July 3, 1883 – June 3, 1924. He was a German-speaking Bohemian short story writer and novelist. He is regarded as one of the prominent figures in the literature of the 20th century. His works fuse different parts of fantasy and reality.

His protagonists generally come from incomprehensible socio- bureaucratic powers and face surrealistic or bizarre predicaments. His stories explore themes of absurdity, guilt, existential crisis, and alienation. The term Kafkaesque is derived from his name, which pertains to situations that are described in his books.

Some of his best-known works are- Das Schloss (The Castle), Der Process (The Trial), and “Die Verwandlung” (“The Metamorphosis”). All of his works except a few letters were written in German that was later translated. Very little was published during his lifetime, and most of his works didn’t receive its well deserved public attention while he lived. He never finished any full-length novel and burnt almost 90% of his career. However, his work was widely popular posthumously.

Hiding places there are innumerable, escape is only one, but possibilities of escape, again, are as many as hiding places.- Franz Kafka

Woman, or more precisely put, perhaps, marriage, is the representative of life with which you are meant to come to terms.- Franz Kafka

Believing in progress does not mean believing that any progress has yet been made.- Franz Kafka

If there is a transmigration of souls then I am not yet on the bottom rung. My life is a hesitation before birth.- Franz Kafka

In theory there is a possibility of perfect happiness: To believe in the indestructible element within one, and not to strive towards it.- Franz Kafka

From a certain point onward there is no longer any turning back. That is the point that must be reached.- Franz Kafka

But what if all the tranquility, all the comfort, all the contentment were now come to a horrifying end?- Franz Kafka

Even if no salvation should come, I want to be worthy of it at every moment.- Franz Kafka

You are the knife I turn inside myself: that is love. That, my dear, is love.- Franz Kafka