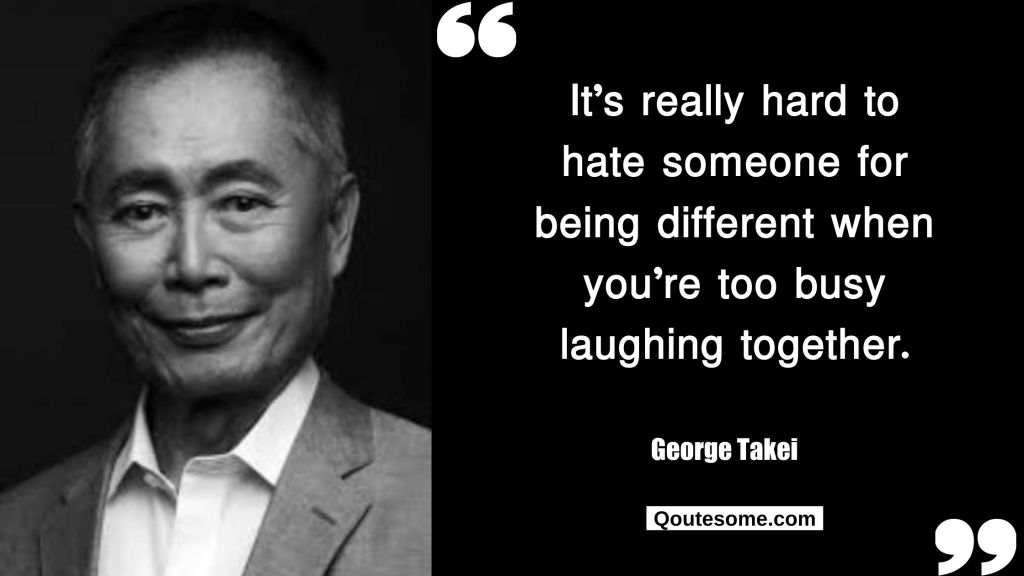 It’s really hard to hate someone for being different when you’re too busy laughing together.- George Takei

I’m an anglophile. I visit England regularly, sometimes three or four times a year, at least once a year.- George Takei

But when we came out of camp, that’s when I first realized that being in camp, that being Japanese-American, was something shameful.- George Takei

I marched back then – I was in a civil-rights musical, Fly Blackbird, and we met Martin Luther King.- George Takei

Turkey Bacon. It’s like saying “shoot” instead of “shit.” It just doesn’t quite carry the moment.- George Takei

As the old saying goes, I was simply looking for fan love, in Alderaan places.- George Takei

Pioneering is never done in front of cheerleaders urging on a roaring grandstand of popular approval.- George Takei

Cats, on the other hand, are similar to Vulcan’s—dispassionate, contemplative and pointy-eared.- George Takei