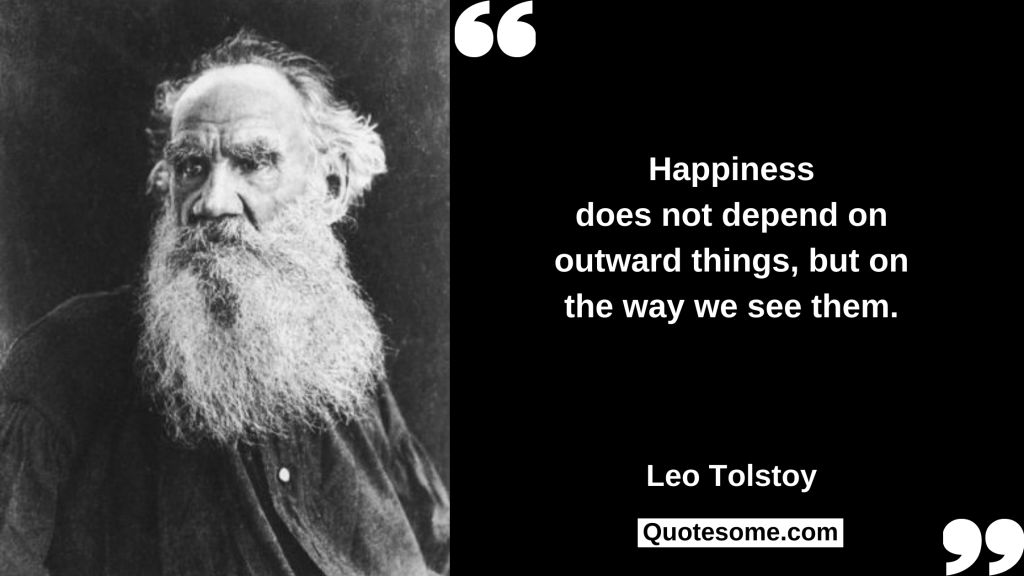 Leo Tolstoy was a Russian writer who served in the Crimean wars. He is regarded as one of the greatest authors in literary history. He received multiple nominations every year from 1902 to 1906 for the Nobel Prize in Literature. He also won the Nobel Peace Prize in the years 1901, 1902, and 1910.

He was a Russian aristocrat and is best known for his novels Anna Karenina (1877) and War and Peace (1869). His first literary acclaim was achieved during his twenties through a semi-autobiographical trilogy- “Childhood, Boyhood, and Youth”.

This was based on his experiences during the Crimean war. He has written dozens of short stories and novellas in his lifetime. He also dabbled in plays and several philosophical essays. His ideas on non- violent resistance expressed in his works like the Kingdom of God within You had greatly influenced leaders like Martin Luther King Jr. and Mahatma Gandhi.

There is no greatness where there is no simplicity, goodness and truth.-Leo Tolstoy

Truth, like gold, is to be obtained not by its growth, but by washing away from it all that is not gold.-Leo Tolstoy

Historians are like deaf people who go on answering questions that no one has asked them.-Leo Tolstoy

Respect was invented to cover the empty place where love should be.-Leo Tolstoy

Nothing is so necessary for a young man as the company of intelligent women.-Leo Tolstoy

All the variety, all the charm, all the beauty of life is made up of light and shadow.-Leo Tolstoy

All great literature is one of two stories; a man goes on a journey or a stranger comes to town.-Leo Tolstoy

Happiness does not depend on outward things, but on the way we see them.-Leo Tolstoy

If we admit that human life can be ruled by reason, then all possibility of life is destroyed.-Leo Tolstoy

To tell the truth is very difficult, and young people are rarely capable of it.-Leo Tolstoy