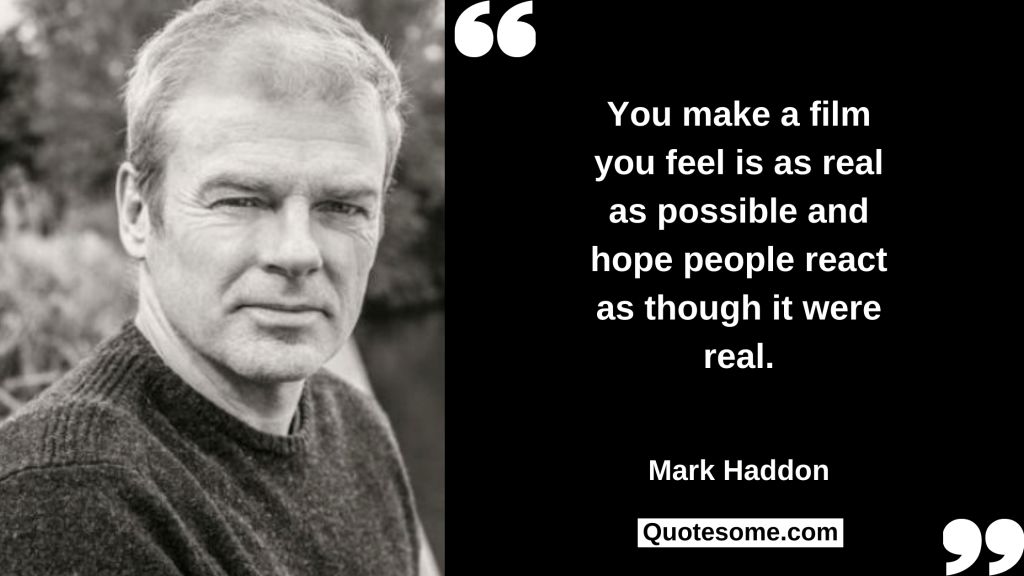 Mark Haddon was born on October 28, 1962. He is an English novelist best known for The Curious Incident of the Dog in the Night-Time (2003). The book is written from the point of view of a 15-year-old teenage boy with Asperger Syndrome.

This book was written for the adult audience by the author. But the publisher suggested it be targeted at both adults and children. It eventually became very successful, earning him the Whitbread Book of the Year Award—in the Novels, not the Children’s Books category in 2003.

This book was also listed for the Man Booker Prize. He even won the once in a lifetime award the Guardian Children’s Fiction Award, judged by a panel of children authors, and the Commonwealth Writers Award. He wrote the series- Agent Z, one of which was made into a Children’s BBC sitcom in 1996 called Agent Z and the Penguin from Mars; he also wrote the screenplays of BBC dramas- Coming Down the Mountain and television adaptation of Raymond Briggs’s story Fungus the Bogeyman.

My book has a very simple surface, but there are layers of irony and paradox all the way through it.- Mark Haddon

Science and literature give me answers. And they ask me questions I will never be able to answer.- Mark Haddon

Appalling things can happen to children. And even a happy childhood is filled with sadnesses.- Mark Haddon

If you’re trying to be a successful writer, and you go into a second-hand bookshop, it’s the graveyard of people whose books haven’t been wanted.- Mark Haddon

Jane Austen was writing about boring people with desperately limited lives. We forget this because we’ve seen too many of her books on screen.- Mark Haddon

I don’t mean that literary fiction is better than genre fiction, On the contrary; novels can perform two functions and most perform only one.- Mark Haddon

If you enjoy math and you write novels, it’s very rare that you’ll get a chance to put your math into a novel. I leapt at the chance.- Mark Haddon

There’s something with the physical size of America… American writers can write about America and it can still feel like a foreign country.- Mark Haddon

Young readers have to be entertained. No child reads fiction because they think it’s going to make them a better person.- Mark Haddon

You make a film you feel is as real as possible and hope people react as though it were real.- Mark Haddon