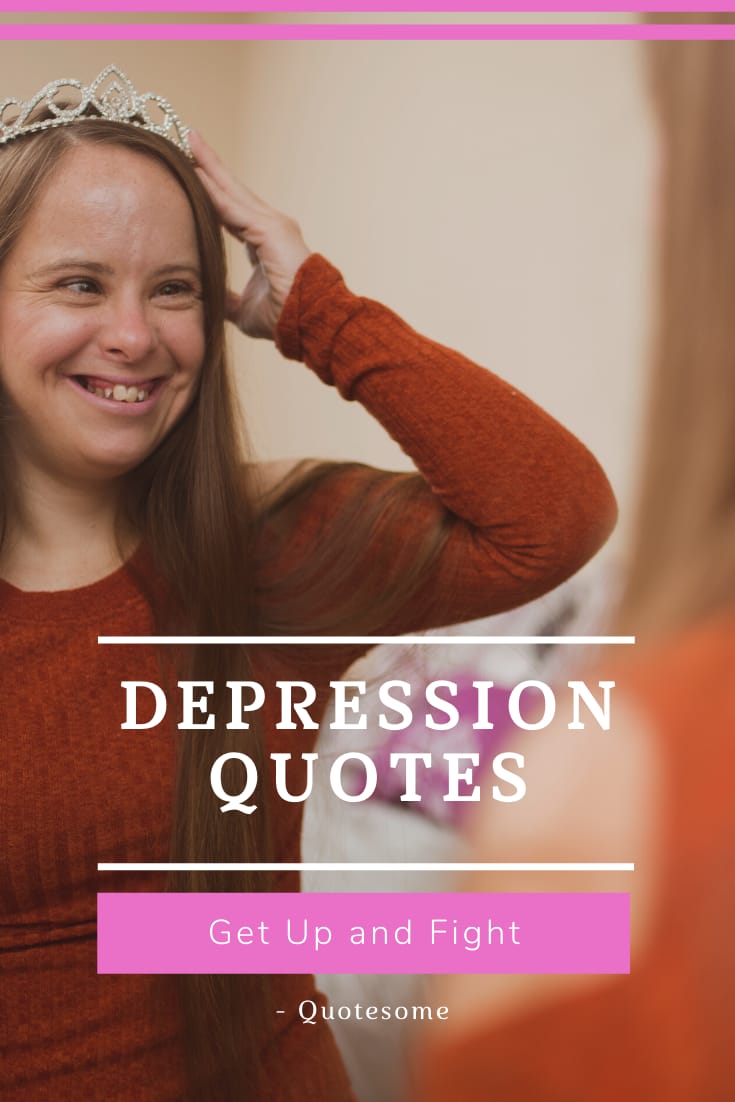 “Every man has his secret sorrows which the world knows not, and often we call a man cold when he is only sad.”

Depression and anxiety symptoms are like being tired and scared at the same time. You want to speak your heart out, but you hate socializing. You want to be alone, but you are scared to leave as lonely. It’s only a relieve when you move on.

One instance you care for everything and the very next moment you know nothing. You feel okay sometimes, and the other hours of the day you are paralyzed like a numb. This anomalous behavior makes you a cold man in other’s eyes.

Depression is the side effect of dying. When you feel the vibes of not being able to live the moments with your closed ones again, then you get scared even about the thought of it.

But when you exactly know that you can’t ignore your health condition by excusing it as a nightmare then you enter into a state of the psychotically depressed state of mind.

“That’s the thing about depression: A human being can survive almost anything, as long as she sees the end in sight. But depression is so insidious, and it compounds daily, that it’s impossible to ever see the end.”

Remember not to ask a person who is depressed “why?”. Because depression is not straightforward, the person who is dealing with may be unaware of how to resolve it.The so-called ‘psychotically depressed’ person who tries to kill herself doesn’t do so out of quote ‘hopelessness’ or any abstract conviction that life’s assets and debits do not square.

And surely not because death seems suddenly appealing. The person in whom Its invisible agony reaches a certain unendurable level will kill herself the same way a trapped person will eventually jump from the window of a burning high-rise.

“Noble deeds and hot baths are the best cures for depression.”

When you are afraid of socializing and want to elope into the world of no reasons and justification then start doing deeds that will help others.

In a state of despair, try to be a ray of hope for someone who needs it desperately even though you are a stranger to him. These good deeds will make you feel your worth and need to society when you have given up the art of living.

When you are lost and don’t know even from which direction the sun will rise, then take a break. Eat even when the smell of food disgust you.

Exercise even when it feels much heavier to step out. Listen to your loved ones because they are not going to judge your behavior. Be kind to strangers even when you are too rude to your reflection in the mirror. Try to be a reason for others to smile even when you have lost yours.

Sometimes it’s okay to not be okay.The world always seeks an assertive reply to the question “How are you?”But it’s okay if you are not willing to answer the question now.Take your time. Not for others to know that you are doing good, take time to make yourself feel good.

No one is going to do this on your behalf, you have to make yourself okay. It will take time but in the end, you will be okay, if not then it is not the end.

“I am in that temper that if I were underwater I would scarcely kick to come to the top.”

When somebody dies after a long illness, people are apt to say, with a note of approval, “He fought so hard.” But when a manned suicide we say that he just simply “gave up on life”.

Why so partiality in thoughts? The man who commits suicide doesn’t do because he doesn’t want to live, does because his agony has reached a certain endurance level. And from the sight death felt more appealing to him.

“Depression is like a bruise that never goes away. A bruise in your mind. You just got to be careful not to touch it where it hurts. It’s always there, though.”

Depression is like your shadow. It will never leave you. It is you who have to make it your reflection and deal with it with care and patience.

“I hate getting flashbacks from  things I don’t want to remember.”

Mentally somewhere else. When we are physically in the present but mentally our mind and heart both are dwindling in the flashbacks.

We connect every present instance with our past and try to justify it. Meanwhile, we forget to live in the present moments.

“Are you okay? They ask I respond as quickly as I can so they will not notice the earthquakes in my voice or the tsunamis in my eyes or the drought in my heart.”

Sometimes you try to keep your things to yourself because you think that no-one will understand. So you act very comfortably to make others feel comfortable and even to elude to answer the question “are you okay?” with “I am fine.”

Know more about Reason of Depression