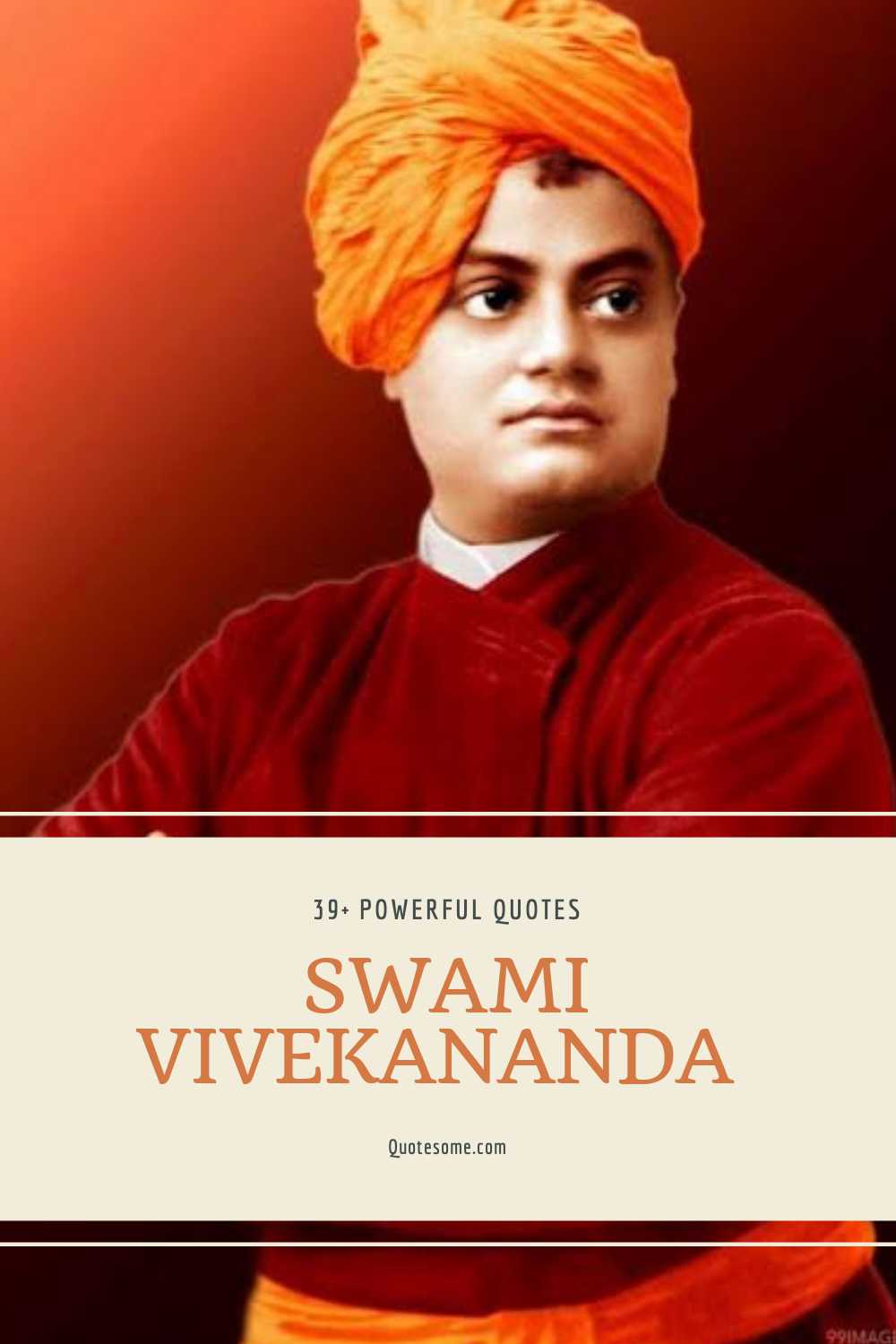 Treat this world as a gym where we all exercise our potential everyday. This very line tells us why we should see our problems as an opportunity to increase our capacity rather than complaining about them in the first place.

According to Swami Vivekananda easy roads barely leads to success. So, if any day you find your work easy and without any obstacles, rest assured you’re in the wrong direction.

We are the products of our thoughts and believes. We constantly live with them and make decisions based on their suggestions. So, before it gets too late, make sure you are carrying the right ones with you.

Here Swami ji is advising to let go of any thing that weakens your mind, body and soul. Some may find it selfish and impossible to practice but just imagine practicing this principle till the rest of your life. Let’s know if you still find this one confusing.

How you react to criticism? Do you find it productive? According to Swami Vivekananda, criticism helps you identify your flaws and thereby helps you rectify them for your good. Thus, you should always bless your worst critics from the bottom of your heart.

It’s meaning is deep. To simplify, no matter how much you spin a truth, its core message always remains unchanged. So, why not tell people directly what you want to say instead of trying to hide it under a layer of sugar-coated words?

What a magnificent line from Swami ji! Don’t fear from any thing, you’ll do great in life. Beyond fear there lies a great joy. It is applicable to all of us who miss the great opportunities life throws at us in the name of fear followed by a failure.

Some interesting facts about Swami Vivekananda

A true Sanyasi, Swami Vivekananda went on a long journey across India’s length and breadth before death. He never stayed at a single place for long, as he supposed staying in the same area could attract all evils. So, even when he was weak and old, he never stopped and continued his peace exploration journey.

Swami ji was not good at academics

The eloquent leader with a vast knowledge who traveled to western countries and spread Indian Vedic philosophy had low marks during his college career. He had only 47 per cent at the University level examination, 46 per cent in FA, and 56 per cent in his BA exam. He is the living proof that your identity and competence is never limited to the marks you get.

Vivekananda was immune to sensory temptations

Despite his desperate life-style, he never accepted the temptations or feelings of the rich ladies that tried to impress him. Whenever confronted by such temptations, he used to say, ‘Shun these worthless desires and call upon God’. This gives us a glimpse of his unbreakable will power and complete faith upon the Almighty. Although he much respected and worshiped women, he never accepted them as his partner.

He always stood by what’s right

After being unjustly ousted by their aunt Gyanadasundari, followed by his paternal uncle’s death, Swami Vivekananda continued the case for 14 long years. He fought against all the litigations bravely for all this time. Finally, he achieved success over the case on the last Saturday of his life.

Vivekananda was a man of his words

A man of his words, Swami Vivekananda once fell critically ill with a severe fever. Worried about his condition, his disciples fetched his mother. But before the old mother could take even a step into the monastery, he shunned her from entering. He was indeed a gem and left no exceptions even for himself.

In earlier days, tea-drinking among Hindu pundits was considered a taboo. However, not falling prey to these unrealistic superstitions, he introduced tea drinking at the monastery. He educated the people about the various benefits of tea drinking, therefore getting rid of another baseless blind superstition from our culture.

Swami Vivekananda died at the age of 39

No matter how many painful diseases or ailments attacked the Sadhu, he never accepted the loss. By the time of his death, most of his organs had malfunctioned. He also had a loss of vision in his right eye. Still, he effortlessly kept on serving humanity while looking for knowledge for 39 years. He lived by his motto, which goes by, ‘One has to die. It is better to wear out than rust out’.

An avid reader, Swami Vivekananda used to immerse himself around large volumes of books. Whenever he started to study, he couldn’t look at any other thing. Once a librarian tried testing his intelligence by asking a random question from one of the books, Swami had previously issued from the library. To the librarian’s utter surprise, he instantly answered his question and even quoted out some page lines.

Born in a world that saw Indians and Hindus poor and illiterate, Swami Vivekananda successfully stirred such minds. In his 1893 speech at Chicago, he conveyed the beauty and the greatness of what Hindustan (India) had to offer. Summed up within 458 words, Swami Vivekananda’s Chicago speech still encourages many to learn and adapt to the Hindu culture in their daily lives. Read Swami Vivekananda’s full Chicago Address here.