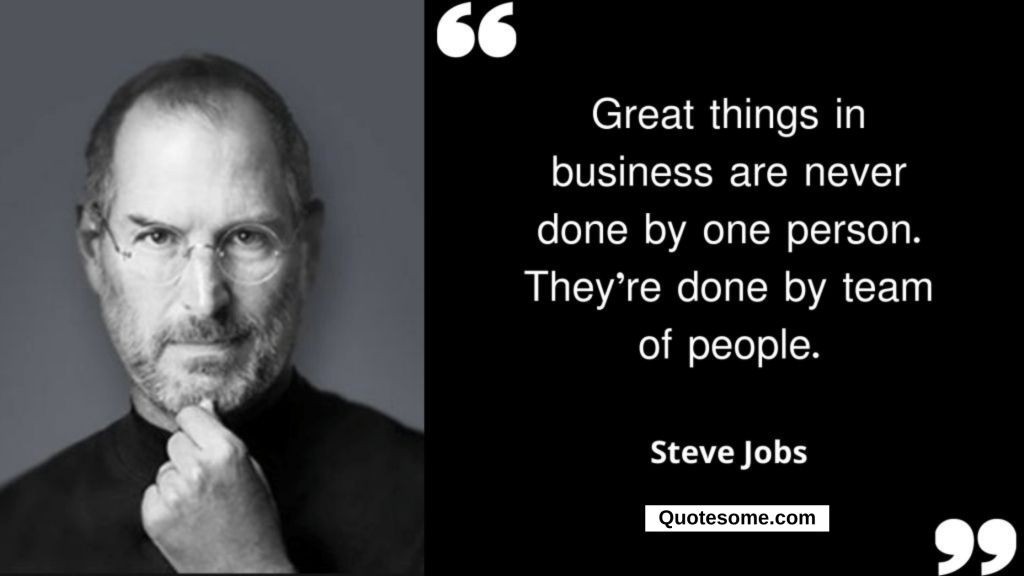 Steven Paul Jobs was an American entrepreneur, designer, and inventor. He was the co-founder, chairman, and chief executive officer of Apple Computer. Apple’s revolutionary products have been dictating modern technology’s evolution with products like the iPod, iPhone, and iPad. He was born in 1955 and given up for adoption by his birth parents.

He was a smart kid growing up but directionless. He dropped out of college and indulged in several pursuits, including some unsocial ones. In 1976 he founded Apple with partner Steve Wozniak. He left the company in 1985 after investing in Pixar Animation Studios and then eventually returned to Apple after a decade.

Steve Wozniak and Jobs are credited with revolutionizing the computer industry. They single-handedly democratized the technology, made machines smaller, intuitive, cheaper, and easily accessible to ordinary people. His legacy is still going strong even after his death, and his quotes give an insight into the great mind he had.

Be a yardstick of quality. Some people aren’t used to an environment where excellence is expected.- Steve Jobs

And no, we don’t know where it will lead. We just know there’s something much bigger than any of us here.- Steve Jobs

Design is a funny word. Some people think design means how it looks. But of course, if you dig deeper, it’s really how it works.- Steve Jobs

I’ve always wanted to own and control the primary technology in everything we do.- Steve Jobs

I get asked a lot why Apple’s customers are so loyal. It’s not because they belong to the Church of Mac! That’s ridiculous.- Steve Jobs

Great things in business are never done by one person. They’re done by a team of people.- Steve Jobs

Being the richest man in the cemetery doesn’t matter to me. Going to bed at night saying we’ve done something wonderful, that’s what matters to me.- Steve Jobs

My favorite things in life don’t cost any money. It’s really clear that the most precious resource we all have is time.- Steve Jobs